I'm not maintaining this fork any longer. This is just up for historical purposes. There came nvALT, now I maintain my own note taking app, The Archive, which you should check out, of course!

Back in 2010, I forked Notational Velocity to enable preview rendering modes for MultiMarkdown, Markdown and Textile. 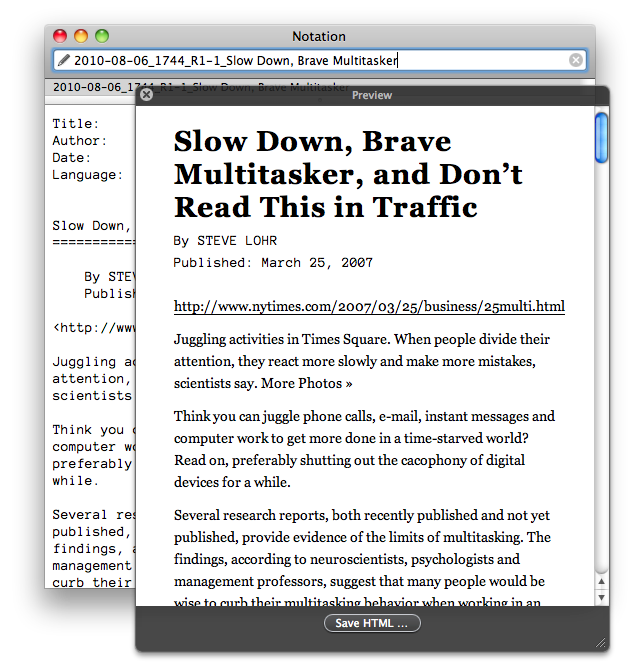 Note-taking is a popular topic amongst the so-called knowledge workers on the internet.1 Those addicted to plain text all praise the ability to sync their notes with their iOS-devices via SimpleNote. Interesting workflow descriptions based on this simple application are easily available online.2

Since early 2010 a new fork of Notational Velocity is available. In September 2010, I just hacked together a quick implementation of MultiMarkdown support for Notational Velocity. Since my digital archive (Zettelkasten) relies on MultiMarkdown syntax, my own need for such a tool huge. The current version sports support for the three most-popular markup languages I know.